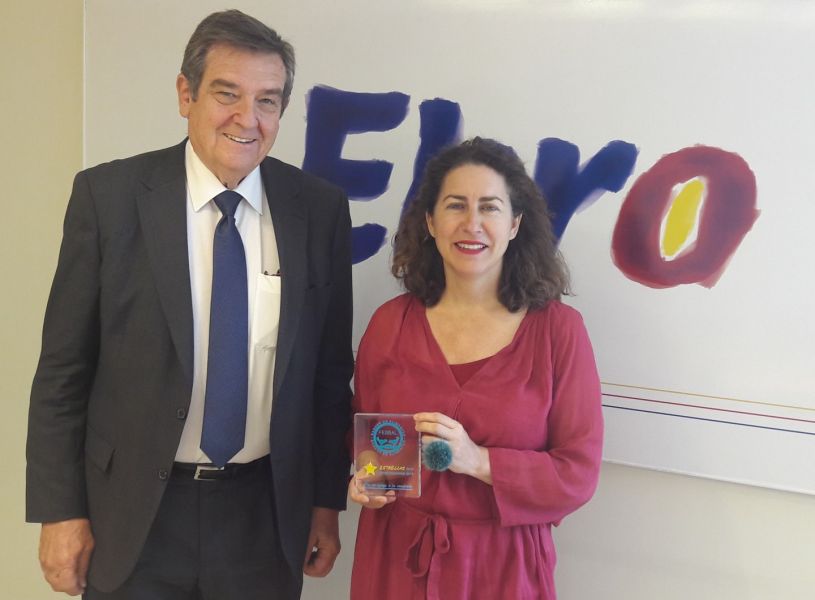 The Spanish Federation of Food Banks (FESBAL) has just presented the President of the Ebro Foundation, Blanca Hernández, with a commemorative plaque in which it recognises Ebro and its Foundation as Estrellas de la Gran Recogida 2018. For more than a decade, the Group has been collaborating with the donation of food to this organisation, and for the last five years, it has additionally given 100,000 euros in cash to FESBAL to finance different needs of the organisation. So, in 2017 and 2018, this amount was allocated to the purchase of boxes for the deposit of food donated in the Gran Recogida de Alimentos. In 2018 there were 350,000 boxes.

This is the third recognition awarded to us by FESBAL, the first was in 2009 with the Espiga de Oro Award, the second in 2016 with the Premio Fidelidad and the third in 2019, with the recognition as “Estrellas de la Gran Recogida 2018”.

The Food Banks were created in Barcelona in 1987 and in 1996 the federation was established. Since then, FESBAL has been working non-stop in favour of underprivileged families, to whom it provides free basic food. The 55 food banks that make up FESBAL distributed 153 million kilos of food last year, reaching one and a half million people, which is an all-time record in the Federation’s two decades of history.

The Ebro Group is strongly committed to donating food in the different countries in which it operates. In 2018 it donated €1,700,000 worth of food to food banks in Spain, France, Canada and the United States. 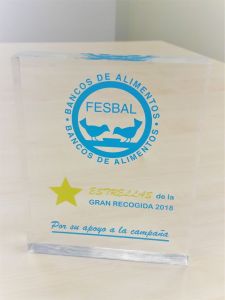